If you’re in a relationship that leaves you feeling bad about yourself frequently, that’s a red flag that says it’s time to take a closer look at what’s going on.

From an outsiders perspective it may seem obvious, but when you’re the one in an unhealthy and controlling relationship it’s often hard to see the wood for the trees.

In the same way, few women/men would knowingly enter a controlling, unhealthy relationship, yet you can wind up there as the controlling person slowly erodes your self esteem and cuts you off from your sources of love and happiness.

Controlling relationships are a recipe for low self esteem

Unfortunately the longer you spend in a controlling relationship, the more your self esteem plummets making you less likely to leave the relationship.

Being in a controlling relationship can make you question yourself, doubt your own sanity and even apologise for things you didn’t say or do.

Being with a controlling partner can be very damaging to your mental well-being and in most cases the controlling behaviour gets worse over time.

If you’re unsure if you are in a controlling relationship read on to find out more.

How do I spot a controlling person?

When you think of a controlling partner, what comes to mind? You might think of someone who drinks a lot and is verbally and physically abusive. The truth is that controlling partners do not fall so neatly into these stereotypes, which can make them hard to spot.

Controlling partners come from all walks of life and controlling behaviours creep slowly into a relationship often starting out with mild criticism and spreading out from there.

Here’s a list of key behaviours that controlling partners exhibit.

Criticism usually start small. Your partner might comment on the way you stack the dishwasher, leave the lights on, style your hair (or anything else).

Criticism can be as emotionally damaging as physical abuse, the invisible pain carried inside us from months to decades afterwards.

When I’m working with clients in controlling relationships I often hear them saying things like “if only I took better care of myself he wouldn’t be so upset with me”, “I don’t know how he puts up with me”, or “he’s trying to make me a better person”. They’re trying to convince themselves that their partner’s criticism is warranted (constant criticism is never warranted). 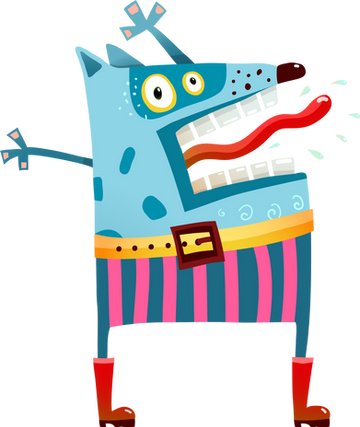 You might rationalise your partners behaviour saying that it’s not a big deal and you should just forgive and forget and not take things so seriously.

#2 Isolating you from friends & family

There are a variety of tactics the controlling partner uses to isolate you from friends & family. Complaining about people you spend time with, pressuring you to cut off contact with loved ones or moving to a different town or country where you are cut off or more isolated from your loved ones. The goal is to strip you of your support network, and thus your strength—so that you will be less likely or able to stand up against them.

A controlling partner may threaten to leave the relationship as a way to control their partner. They may threaten to harm themselves, cut you off from financial support or access to the kids.

This is when partner is continuously checking up on you or invading your privacy – whether that’s monitoring your phone, your conversations or your activity on social media, Another way this is done is through continuous contact – eg. texts or phone calls. On the surface it seems like they just want to be in touch but they have a strong need to know where you are, what you’re doing, who you’re doing it with while keeping a sharp eye out for anyone who may be interested in you, or you them. Jealousy, paranoid thinking, accusations and heated arguments go hand in hand with spying behaviours.

Instead of asking you or involving you in the decision making process adult to adult, the controller frequently issues demands, treating you as a subordinate. Demands might include doing tasks exactly the way they want you to do them, demands to stop doing activities you find enjoyable or demands to stop spending time with people that don’t involve him or her.

#6 Unwilling to hear your standpoint

Your partner just doesn’t care to hear your point of view. Your partner may ignore you, talk over you, dominate the conversation or deny hearing what you said previously. Can you remember the last time they asked you for your viewpoint on things and genuinely listened?

#7 You’re never good enough for them

Whether he’s comparing you to his ex, monitoring your waistline, commenting on your career achievements or your financial contribution to the household he’s always looking for ways to let you know that you have to work harder at pleasing him, that you’re not good/attractive/smart enough (you name it) and that you’re so lucky he’ll put up with you. If you internalise these comments, watch your confidence and self esteem go down the drain.

Controlling people tend to be adept at winning arguments. They are often relentless in pursuing the outcome they want and will go to any lengths to “win” over their (usually more passive) partner.

More insidiously, they manipulate their partners to feel guilty as a means of geting the upper hand.

Controlling people twist the truth to their own ends. They will swear black and blue that their version of past events is correct even if you remember it completely differently. Controllers are expert manipulators and gaslighting (manipulating someone into doubting themselves and questioning their own sanity) is a common trait of controllers.

If you recognise your partner in some of these points, watch out for my next article coming soon.